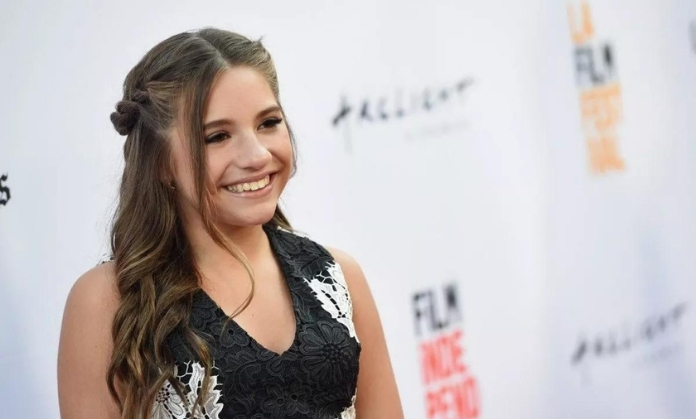 Mackenzie Ziegler is a popular American Dancer, Singer, Actress, and Model. She is the younger sister of famous dancer and actress Maddie Ziegler. She appeared for Six years in the Lifetime Reality Show ” Dance Moms” starting from the year 2011 ( at 6 age ).  Apart from Dancing Mackenzie is also a Singer. She has released her own Music Album i.e ” Mack Z” in the year 2014.

Mackenzie Ziegler has acquired over 13.3 million followers on Instagram and her YouTube channel has over 3.37 million active subscribers.

Mackenzie Parents were divorced in 2011 when she was just 6 years old and her mother married Greg Gisoni who is a vice-president at Westinghouse Electric Company. Mackenzie started taking dance lessons at the early age of 2 at  Abby Lee Dance Company where she won titles in various dance competitions.

Mackenzie together with her mother Mellisa’s sister Maddie is actively engaged in many philanthropic activities. They have partnered with Starlight Children’s Foundation to help raise awareness for chronically ill youth.

Mackenzie is rumored to be currently dating her long-time friend Isaak Preslay .

Mackenzie Ziegler started her career by appearing in the famous reality show Dance Moms together with her sister Maddie and her mom Melissa. She has also appeared on various television programs and has done high school drama series – “Total Eclipse”  She released her own music album ” Mack Z ” and has joined a famous Canadian singer Johnny Orlando in various music concert tours in Europe and North America. mackenzie has also released her own T-shirt line “Tee4Too” in 2016.