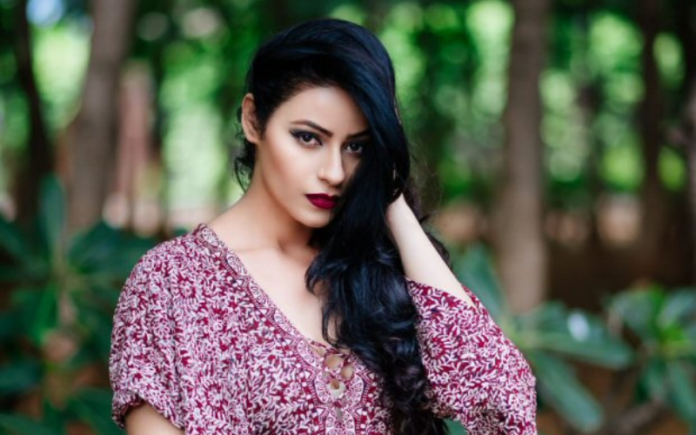 Sonia Sharma is an Indian actress, model, and journalist. She mainly works in the Hindi film and television industry. She is known for her performances in Tenali Rama, Kabhi Kabhie Ittefaq Sey, and Veer Shivaji. Sonia made her film debut with Crime Patrol Dastak Episode in 2006.

Sonia Sharma was born on October 30, 1991, in Haridwar, Uttarakhand. She is originally from Ishwarpuri, a place near Meerut in Uttar Pradesh. Sonia holds a degree in journalism from the Asian Academy of Film and Television, Noida. She has also majored in film directing.

Sonia started her acting career with an episodic TV show Crime Patrol Dastak in 2010. She later did a cameo in CID. She got her first breakthrough role in 2011 with Kahani Chandrakanta Ki where she played the part of Bhoomi. Sonia played the role of Sai Bai Bhosle, Shivaji’s first wife in the Indian historical drama series Veer Shivaji which aired on Colors TV. Sonia later appeared in the historical comedy-drama Tenali Rama as Maharani Chinnadevi, the first wife of King Krishnadev Raya.

In addition to television, Sonia made her Bollywood debut in 2020 with the comedy film Pagleaazam, directed by Vikas P Kavthekar and APS Raghuvanshi.

Some facts about Sonia Sharma