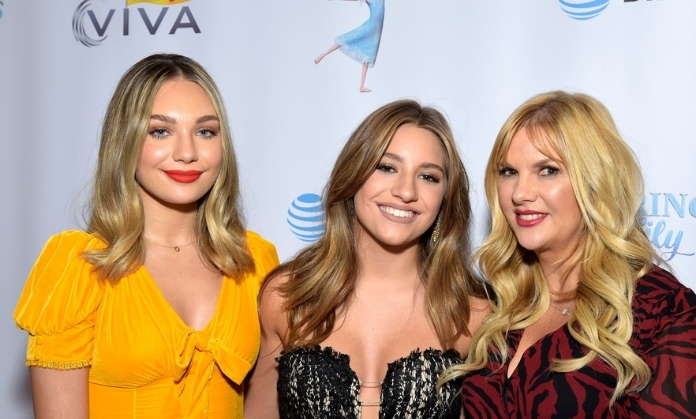 Maddie Ziegler is a popular American Dancer, Actress, and Model. She became highly popular after appearing in a Lifetime Reality Show ” Dance Moms” in the year 2011 ( at 8 age ).  Maddie has featured in the top 30 of ” Most Influential Teens “ by TIME magazine in the year 2015, 2016 & 2017.  Her music videos i.e  “Chandelier” and “Elastic Heart”, by Sia have got over 4 billion youtube views. She made the silver screen debut with her first film ” The Book of Henry ” in the year 2017.

Maddie parents were divorced in 2011 and her mother married Greg Gisoni who is a vice-president at Westinghouse Electric Company. Ziegler started taking dance lessons at the early age of 2 and later at the age of 4, she joined Abby Lee Dance Company where she received training on various dance formats i.e tap, ballet, lyrical, contemporary, acro, jazz and aerial dance. She has two pet dogs i.e Molly and Maliboo.

Her family has hired a security agency that monitors her 24/7. Zieglar told the Telegram Stella Magazine that she can’t enjoy herself like a normal girl anymore and she gets recognized by her fans even when she goes out for eating ice cream with her friends.

After 18 months of dating, she breaks up with her Australian Boyfriend Jack Kelly. She is currently rumored to be dating Cameron Field & Kailand Morris

Maddie Ziegler started her career by participating in various regional, state, and national dance competitions. At the age of 8, she appeared in the famous reality show ” Dance Moms ” – a show about young dancers. She became highly popular in 2014 by starring in the dance video “Chandelier” by Sia ( Australian pop star ) who discovered her on the sets of  Dance Moms.  Beside Films and concerts, Ziegler has also appeared on Magazine Covers and has done advertisements for big brands like Capezio, Ralph Lauren, Fabletics, and Target.

In 2014 Zieglar along with her sister Mackenzie launched a fashion line The Maddie & Mackenzie Collection, through Mod Angel. Maddie has also appeared as a guest judge in an episode of Project Runway.

Ziegler together with her sister keeps conducting various dance workshops.